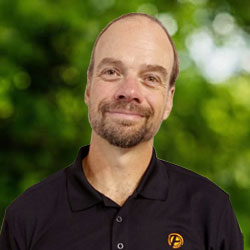 Cricket is a USAT certified triathlon coach, a Slowtwitch certified swim coach, as well as an eNRG Performance Institute Certified Level I Metabolic Efficiency Training Specialist who heads up the performance lab at Athletic Mentors.

Cricket has participated in competitive athletics throughout his life. Playing sports year round in South Africa, where he grew up, he primarily swam competitively, playing water polo when he wasn’t competing in swim meets. He also played soccer, cricket and rugby, prior to moving the US.

Once in the US he continued to participate in competitive team sports, playing two years of high school varsity baseball and one year of football. He took a hiatus from competitive team sports during his college years where he discovered a passion for more individual endurance-based sporting exploits. His initiation in XC mountain bike racing in the mid 90’s evolved into road cycling.

In 2005 he participated in his first triathlon and found a new passion. After a 20 year hiatus from competitive swimming, triathlon rekindled his affection for it, alongside his cycling and the now additional challenge of distance running. Since 2005 he has participated in numerous triathlons of all distances, sprint through full iron, and has a special place in his heart for aquabike racing.

More recently he has begun to fuse his other passion, technology, with performance. Measuring all aspects of human performance and how to optimize it has become somewhat of an obsession. With the addition of a metabolic testing equipment last year, he has delved into the fascinating world of metabolic efficiency, and puts this science to work helping athletes reach their goals.